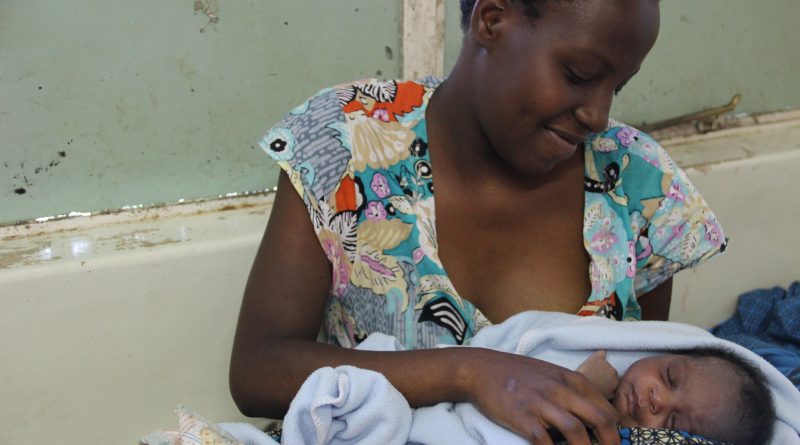 The global gag rule, officially Mexico City Policy, was reintroduced by Donald Trump on January 23 with an executive order.

The policy, first announced by US President Reagan in 1984, prohibited giving US family planning funding to international organizations that provided abortions or even information or referrals on the subject.

Trump’s executive order expands the global gag rule to cover “global health assistance furnished by all departments or agencies”, which could total around $9.5 billion. Larger organizations, such as the International Planned Parenthood Federation and Marie Stopes International, have said they will not comply with the rule, and will choose to forgo US funding.

To counter the effects of the policy, many countries have pledged new funds for family planning and abortion services worldwide. The Dutch government has channeled more than $10 million through the fundraising initiative She Decides, and Norway has increased its contribution by $10 million. However, it is doubtful that these additional funds will completely fill the gap caused by lost US aid. 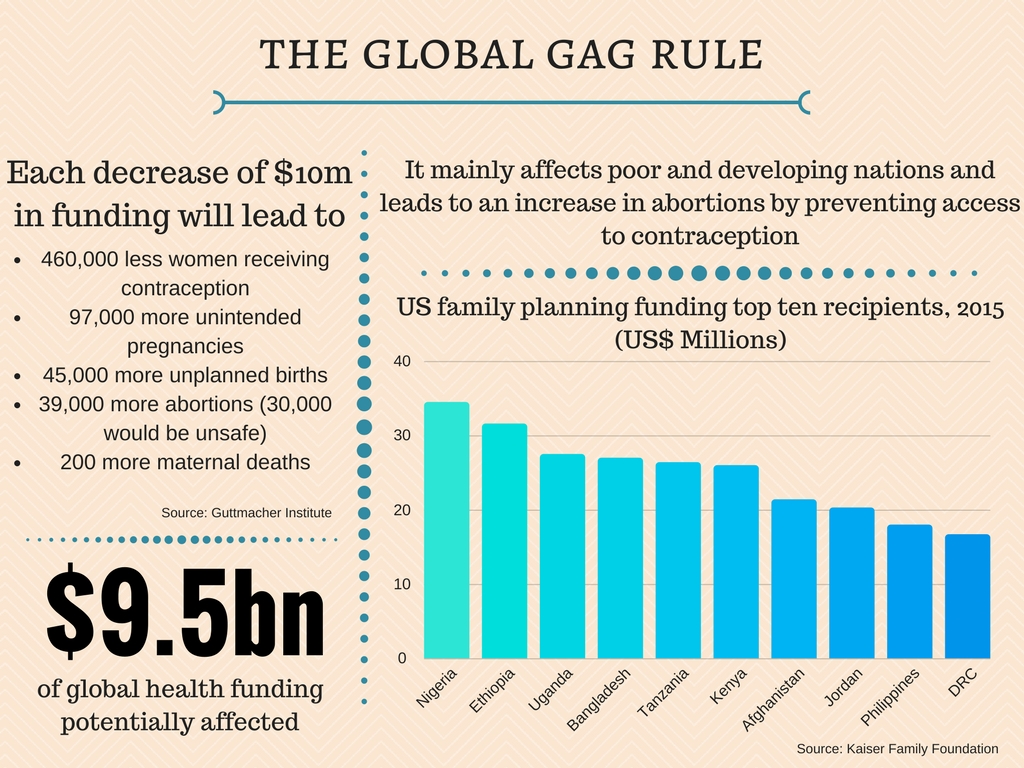 The rule is expected to have dire consequences for women’s health and lives worldwide. Critics of the policy state that, contrary to its objectives, the global gag rule increases the number of abortions because it cuts access to contraception, causing unwanted pregnancies. A study from the World Health Organization (WHO) also concluded that the number of abortions in Sub-Saharan Africa increased significantly during the Bush administration years when the policy was in effect.

Marie Stopes International estimates that the loss of funding will prevent it from reaching 1.5 million women with contraception services each year, which will lead to 6.5 million unintended pregnancies during Trump’s first term alone.

In many countries, healthcare providers who refused US funding under the gag rule constrictions were forced to close clinics and cut staff and services. Because women in Africa are often reluctant to leave their community, the loss of readily available and nearby services results in a complete lack of access to family planning.

The consequences can extend beyond reproductive healthcare. Many women get other forms of treatment and care at the same clinics that are being forced to close; after the reinstatement of the policy in 2001, access to lifesaving treatments was vastly reduced.

Despite directly targeting abortions, the rule effectively cut access to contraceptives in 16 countries, mostly in Africa, which greatly affected programs aimed at preventing HIV/AIDS. The Trump version of the policy has the potential to have much broader consequences.

The rule also prevents clinics and doctors from giving fair and balanced information, possibly violating medical ethics and the laws of the countries in which they are operating. It also violates rights to free speech as organizations are prohibited from advocating for abortion legalization and joining public policy debates.

According to a study by the Guttmacher Institute, each decrease in funding of $10 million will lead to:

Experts agree that the gag rule only leads to unwanted pregnancies, maternal death and serious injury. Free and accessible family planning saves lives and cutting funds to these essential services does not reduce abortions, in fact it has the unintended consequence of increasing them while making them unsafe. Loss of access to contraception is also predicted to have a long term impact on the economic outlook of affected countries, and to undermine the achievement of the Sustainable Development Goals.