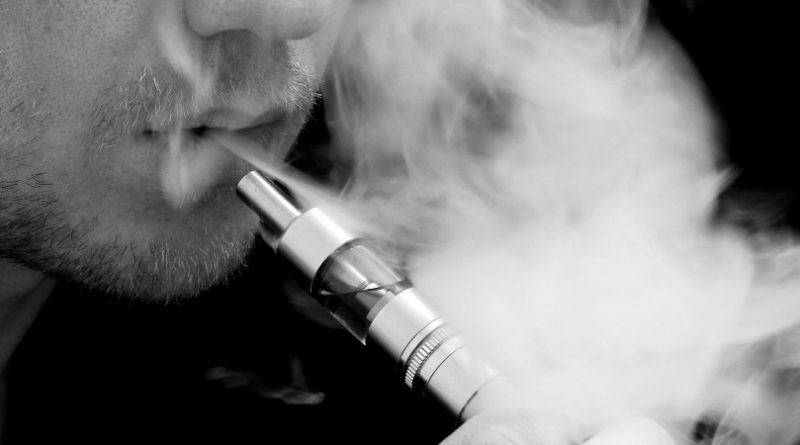 New research suggests that teenagers who smoke e-cigarettes on a regular basis are more likely to become cigarette smokers. The study, which surveyed over 3000 students from LA public schools over a period of six months, concluded that teens who ‘vape’ on a regular basis are twice as likely to begin smoking regular cigarettes and when they do, are likely to smoke more than their peers. According to the researchers, a third of all 15 year-olds in the U.S have admitted to smoking e-cigarettes despite the fact that it is against the law for minors to purchase the products.

The relationship between smoking e-cigarettes as a teen and smoking tobacco later on is still hypothetical as there is no definitive evidence that links the two as a cause and effect. That being said, it’s not difficult to imagine that being exposed to high levels of nicotine from a young age would make someone more susceptible to trying other nicotine products, like tobacco cigarettes, at a later stage; especially if they offer a stronger fix. Experts have also warned that e-cigarettes act as a teaching aid for smoking tobacco, familiarising teenagers with the practice of inhaling fumes so they become more likely to turn it into a habit with tobacco later on.

This research further adds to the scrutiny e-cigarettes have come under in recent years. In 2014, the World Health Organization (WHO) called for for a ban on smoking vaporizers indoors and recommended restricting the advertising and promotion of the products. Other organizations, such as the EU and the FDA in the U.S, have also put limitations on the specification and distribution of e-cigarettes to limit the potential dangers that may result from their use.

Although e-cigarettes are tar-free and contain much fewer chemicals than regular cigarettes, many health authorities continue to warn the public about the negative effects they could have as they still contain high quantities of nicotine, a toxic substance, and the long term health effects of inhaling the vapor are still unknown. Companies producing the e-cigarettes have also come under criticism for misleading people about the actual quantities of nicotine inside the e-liquids, using labels that often provide ambiguous or inaccurate information.

The topic has divided the global health community, however, as some experts have expressed their concerns about putting limitations on e-cigarettes as they fear that this will deter people from using them as a healthy alternative. In the UK, a study by Public Health England estimated that e-cigs are actually 95% safer than their tobacco counterparts, and even called for the products to be made free on the NHS for those who want to quit smoking tobacco.