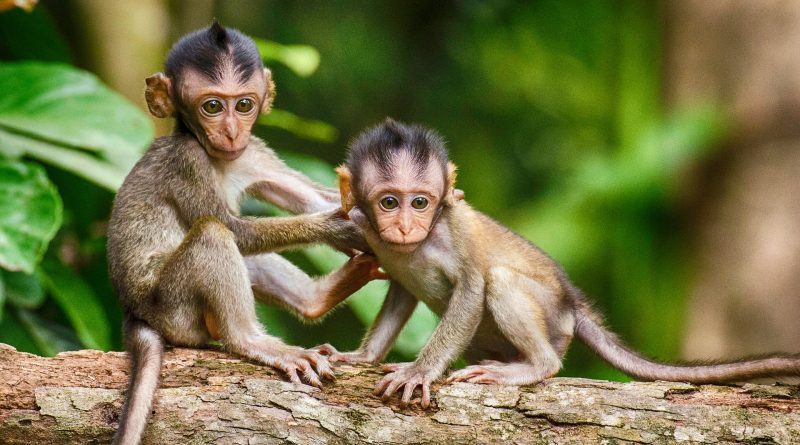 You might have read in our recent health update that two monkeys have been successfully cloned in China. This is the first time that scientists have cloned primates using the same technique that produced Dolly the sheep in 1996.

First time for everything

The cloned, long-tailed macaques were born in Shanghai and have been named Zhong Zhong and Hua Hua. Together their names form ‘Zhonghua’, which is Mandarin for ‘Chinese nation’.

The monkeys are identical twins and were cloned using a process known as somatic cell nuclear transfer. This technique requires the transfer of a nucleus of a cell, which includes its DNA, into an egg which has had its nucleus removed.

This is a breakthrough for scientists as it is hoped that they will be able to use the cloned primates to learn more about human diseases. Monkeys are far more similar to us than other mammals that have been successfully cloned, like Dolly the sheep, making this a far more significant event.

The director of the Institute of Neuroscience in Shanghai, Mu-Ming Poo, hopes to study the neurological development of the twins’ brains through regular imaging. As the twin monkeys have identical genes and will be living in the same living conditions, scientists will be able to monitor whether their brains develop in similar ways or naturally differ.

His long-term objective is to carry out research for Alzheimer’s and Parkinson’s disease. These two neurodegenerative diseases affect hundreds of thousands of people across the globe.

This is especially beneficial currently as Pfizer, one of the world’s biggest pharmaceutical companies, has recently announced that it is halting research into finding new drugs to treat both Alzheimer’s and Parkinson’s. Fingers crossed that the team in China will be able to understand more about these diseases through the monkeys.

The cloning of these two monkeys has generated some concern. The Chinese scientists have broken a barrier which could, in theory, lead to the cloning of humans.