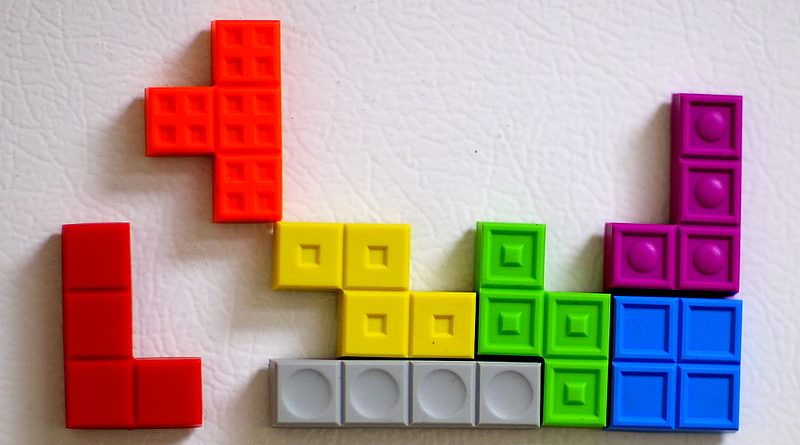 The visual game Tetris has been popular since it first came into the market in 1984. The game has gone through some changes, but the goal is the same: create a perfect, horizontal line with no gaps by using different shapes of falling blocks which will then vanish and earn the player points. However, recent studies have shown that Tetris might also be a helpful tool in certain therapies.

Scientists state that the game is a potentially powerful therapeutic tool, because of its immersive simplicity. Prof Emily Holmes, an expert in psychology at the University of Karolinska, Sweden, has spent several years exploring the game’s medical merits. “We wanted to have a task that really tapped into visual memory. With Tetris, it’s the colours, shapes and movements that are very absorbing. Other games in the lab, like pub quiz games or counting tasks, didn’t work. So we think it needs to be visual.”

The study shows Tetris therapy may lessen the psychological impact of traumatic events. The study included patients from a UK hospital emergency department who were in a state of shock after road traffic accidents. The patients were asked to visualise the crash they had just encountered and then play the game on a Nintendo console.

Only twenty minutes of playing appeared to be enough distraction to stop disturbing memories of their accident from being formed. Prof Holmes explains: “Our findings suggest that if you engage in very visually demanding tasks soon after a trauma, this can help block or disrupt the memory being stored in an overly vivid way.” In addition, she states that there is roughly a six-hour window of opportunity after a traumatic event in which to intervene. The group of patients in the study that had played Tetris were far less likely to experience flashbacks of their accident than those who did not play the game.

Tetris can also help people control cravings for things such as coffee, cigarettes, and alcohol, according to scientists from Plymouth University, UK and Queensland University of Technology, Australia. They asked 31 students to participate in an experiment in which they were sent text messages throughout the day asking them to rate their current level of cravings. Of those 31 students, 15 were given an iPod to play Tetris for short periods during the day to see if it would have any effect. The findings show that cravings decreased in the Tetris group. The scientists believe the “Tetris effect happens because cravings involve imagining the experience of consuming a particular substance or indulging in a particular activity. Playing a visually interesting game such as Tetris occupies the mental processes that support that imagery; it is hard to imagine something vividly and play Tetris at the same time.”

These findings could have a significant impact on the way that trauma patients are treated, as well as on our understanding of how to overcome cravings. However, more research may be needed in order to provide even more insight.